During the Erasmus workshop in Liechtenstein, we drew towers with wooden slats on a scale of 1:20. We sketched structures that defy gravity and absorb horizontal forces. The models never lie. By pushing and pulling on the slats, we understand the distribution of forces and we made the model increasingly stable. In this way, 12 structural principles for a 35-metre high tower at the base of the mountain in Schaan is created over time.

In groups of students from various schools, we elaborated on six chosen structures. We increased the scale to 1:5, which will make the models seven metres higher.

The glued or adhesive joint of the 1:20 model is be replaced by ‘real’ structural joints. The weight of the material and the precision of the saw cuts were important factors in the execution. Twelve hands worked resolutely on a tower. We designed while making this. Connections arose via the experiment and were refined over the course of the days.

After four days, it was ready. The six seven-metre high wooden structures were transported to the village square in Schaan and hoisted, assembled or stacked on top of each other. The structures formed an inspiring ensemble of six towers, each with a character of their own. Six different structures, each with their own story, own laws and connections. They demonstrate the creativity of the designer and the workmanship of the craftsman. Thinking and doing formed an interesting field of tension assimilated into unique artworks, which show us that between concept and reality, a fascinating voyage of discovery lies hidden, full of setbacks and successes. 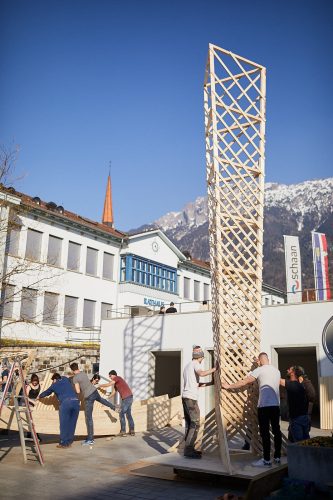 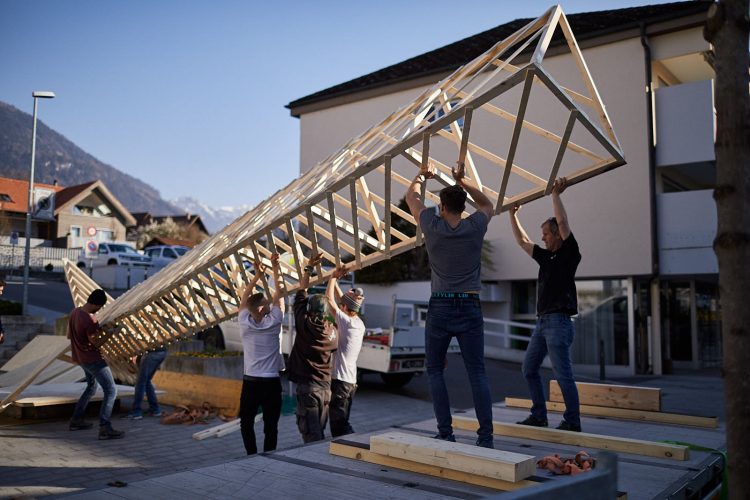 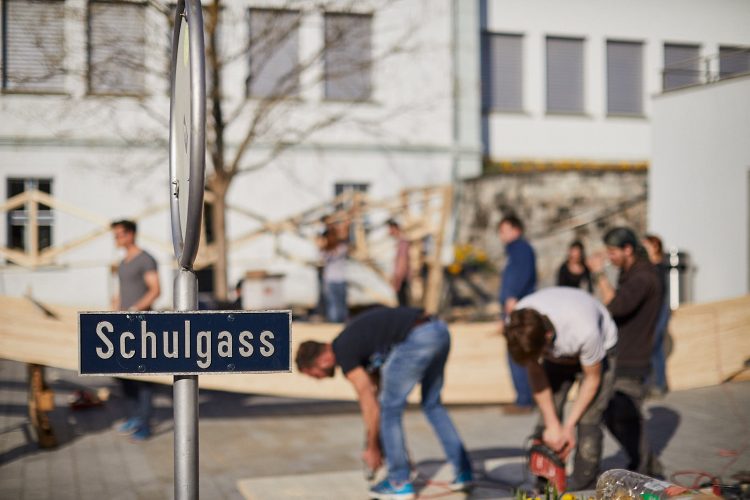 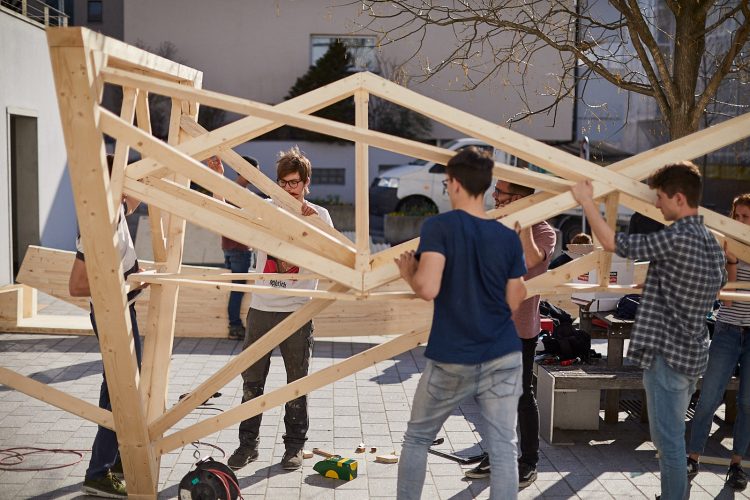 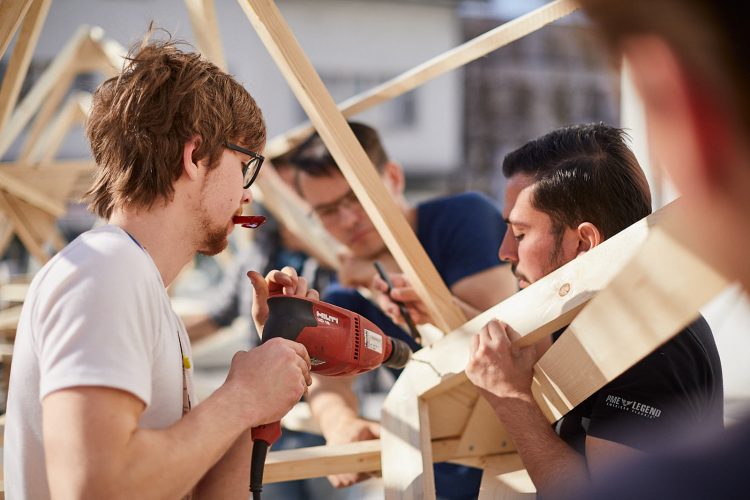 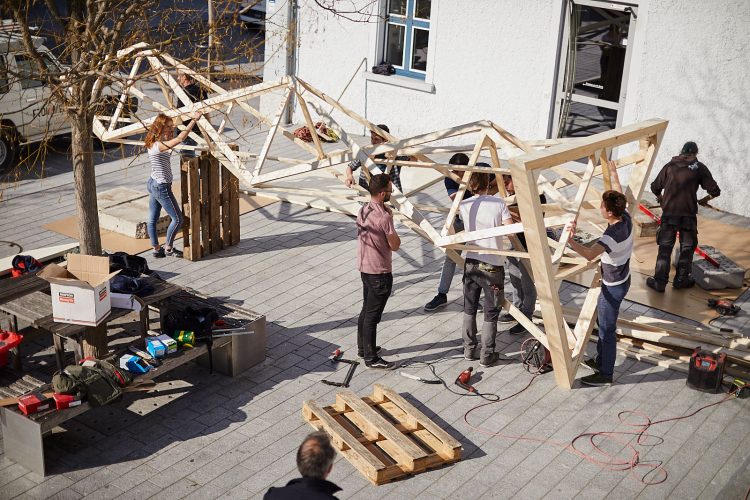 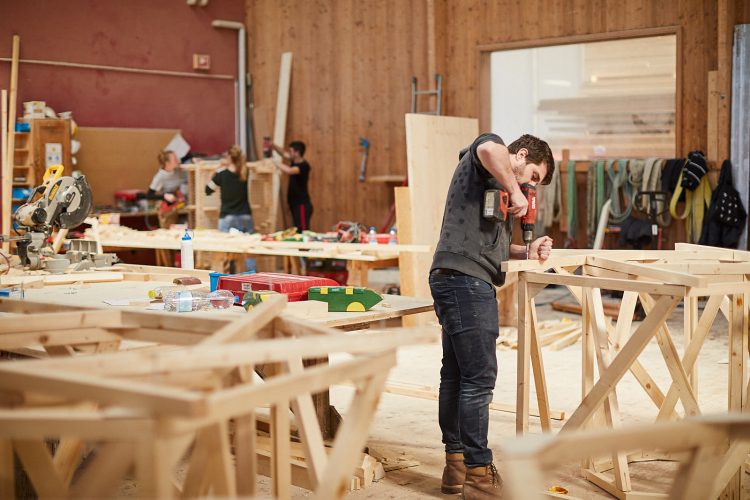 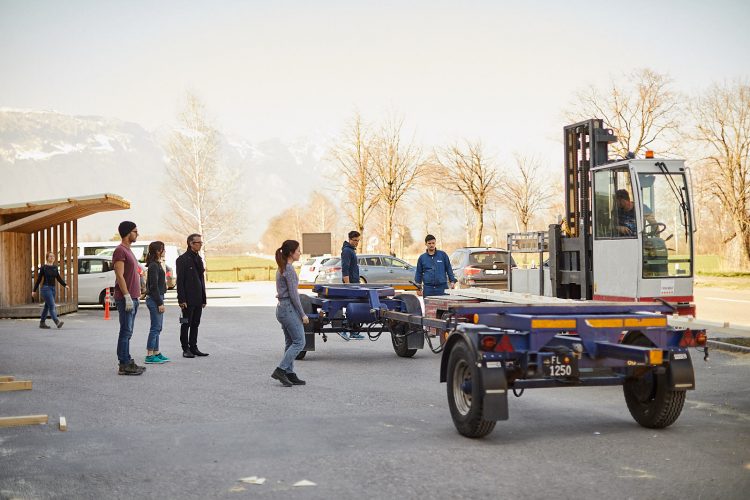 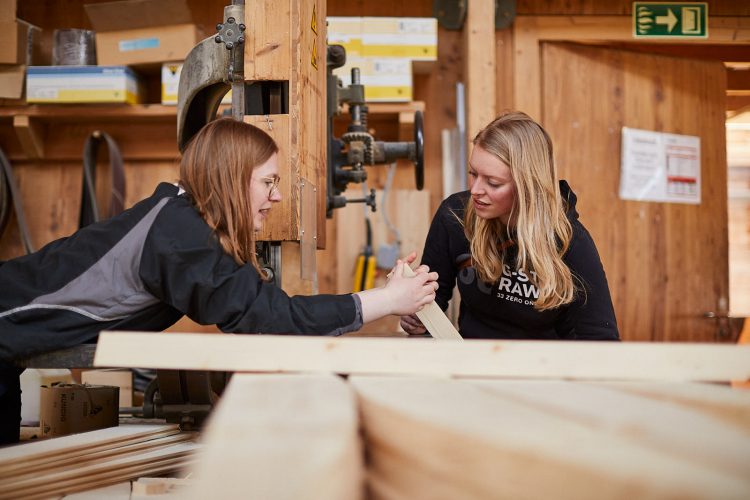 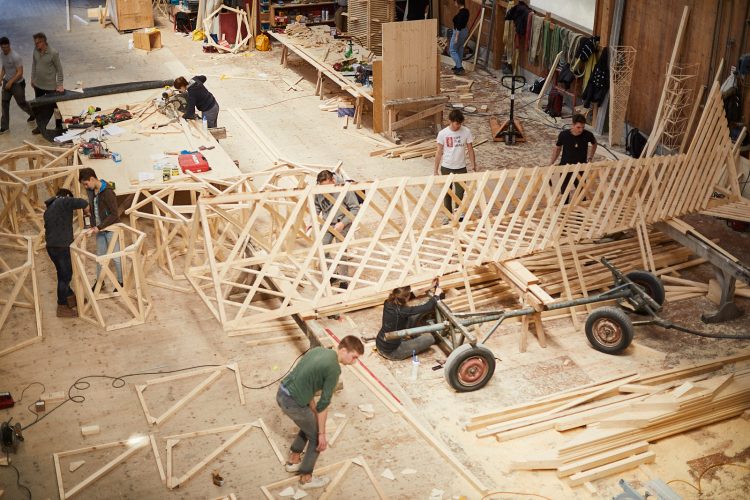 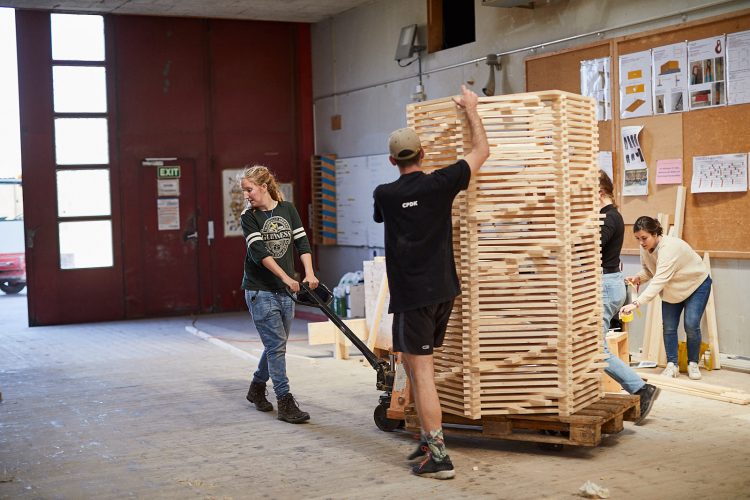 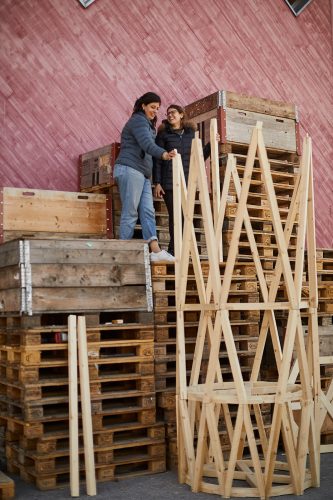 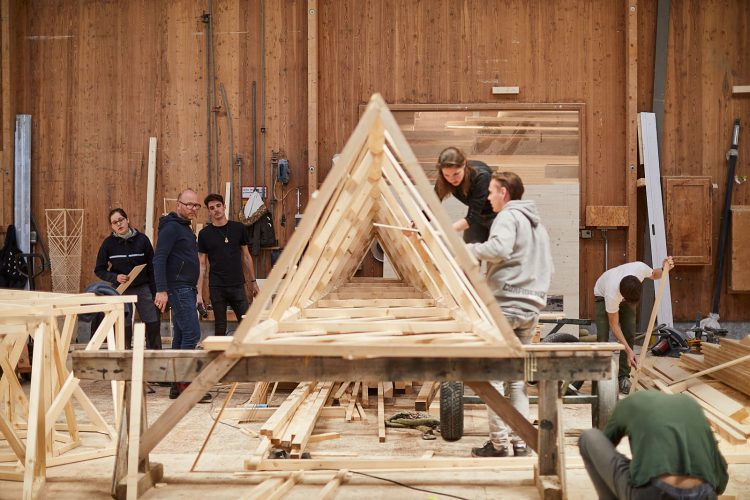 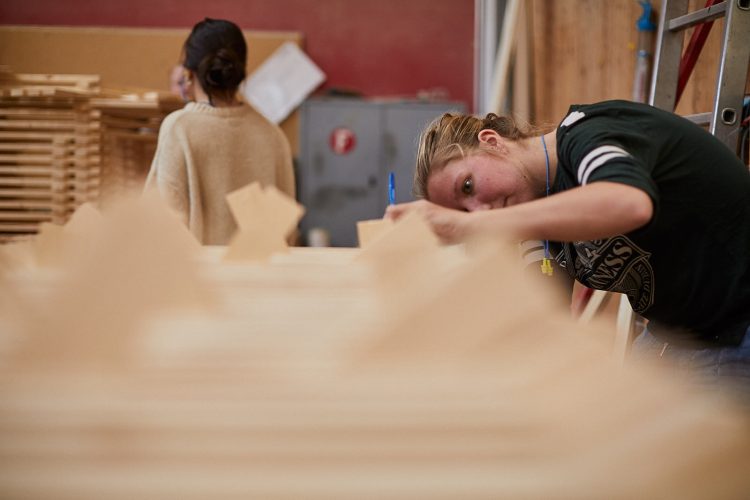 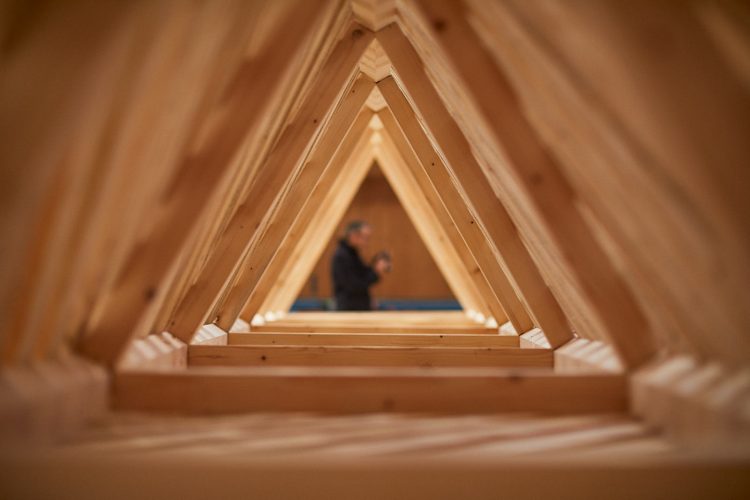 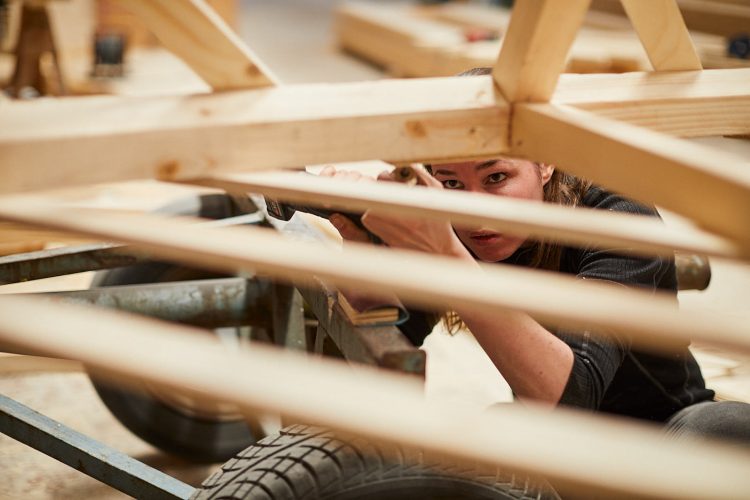 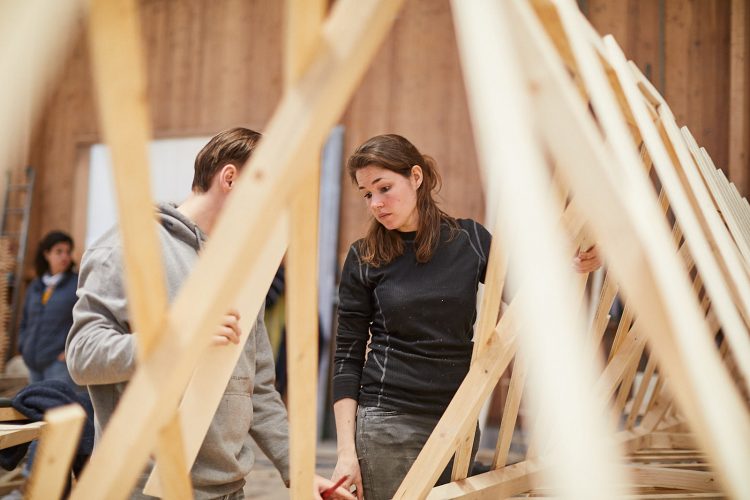