Concrete is heavy, massive and difficult to work with. Once set into shape, it is one of the most erratic building materials. However, despite of its hermetic appearance, it offers a manufacturing process that contains a series of exceedingly stimulating opposites and a whole bandwidth of potentials to research on. Using the limitations of textile formwork, our workshop focused on a crucial point: the close relation between the concrete mass that is poured into the soft and flexible fabric mould and the direct and inevitable reaction of forces. The weight of the material mass leads to form.

The Swiss structural engineer Heinz Isler explored this phenomenon in the 1950s in his research about shell constructions. Observing draped frozen linen outside his house in the winter, he started to work with hanging models and thereby perfected his design of almost immaterial concrete structures. In the previous century Antoni Gaudí had worked with his famous string models in the design for the vaults of the church of the Sagrada Familia. But physical models were even used before as an essential part of the ancient techniques of vault modeling in the building process of domes in the Gothic period.

The vaults of these Gothic churches have been erected by ‘Bauhütten’ – conspirative groups of craftsmen that lived close together on the building site. This peculiar society of craftsmen working on a project might be a good metaphor for the kind of design and building community we try to cultivate in the Erasmus Intensive Programmes of the Tectonics series. All workshop sites were located far away from any urban distraction. This year, being literally out on an island in the Baltic Sea, supported the almost monastic character of intensive work. Also, we concentrated on real and built results in full scale – another key word in our tectonic research. All the concrete objects reached a dimension that relates to our bodies, a physical appearance that cannot be achieved in scaled models. This has, beneath didactic aspects, the effect that we could give something to the people and the place where we worked – a fundamental and noble role of architecture. Part of the concrete objects now serve as outdoor furniture and firewood shelters on the campus of the design school, others serve as an overpass crossing a small watercourse and as a sculptural wall in the courtyard of the Møbelfabrikken.

Looking for the structural essence of ‘stone in motion’, as Pier Luigi Nervi used to call the building material that he was obsessed with all his life, we tried to focus on the tension between its inherent materiality and the particular properties of the mould. Using fabric not only to achieve thrilling surfaces and textures but as a vital form generator opened up the field of researching concrete as a universal mass. Concrete has a million faces and tends to cling on the aspects of its moulding formwork in a passive way, easily losing its characterising properties. Textile formwork gave us the potential to work on the reliance between fluid and solid and served as a tool to evoke and finally express this natural dependence without forgetting the capacities of concrete to serve very basic needs. Nervi, who built a concrete sailing boat for himself with a hull thin like an egg shell, found that it sailed perfectly, was stiff, watertight and needed no maintenance. “Concrete,” he said, “is a living creature which can adapt itself to any form, any need, any stress.”

by Urs Meister
University of Liechtenstein, Institute of Architecture and Planning, Vaduz 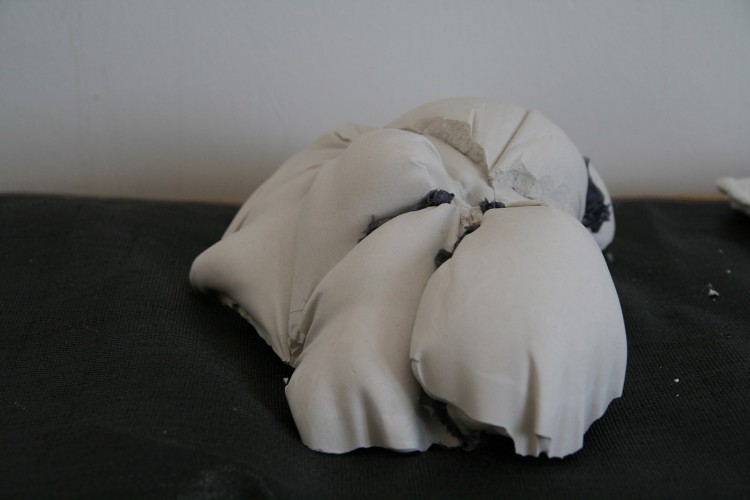 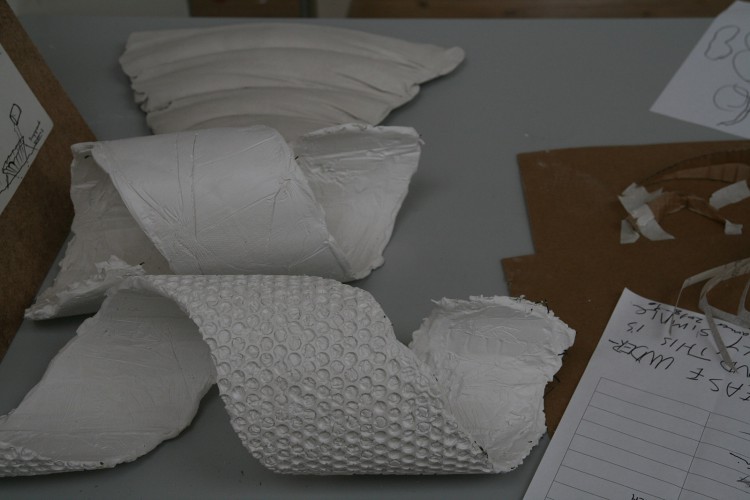 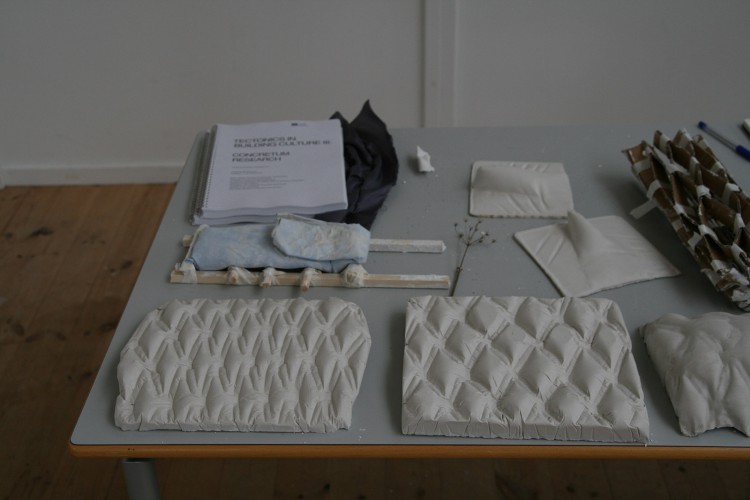 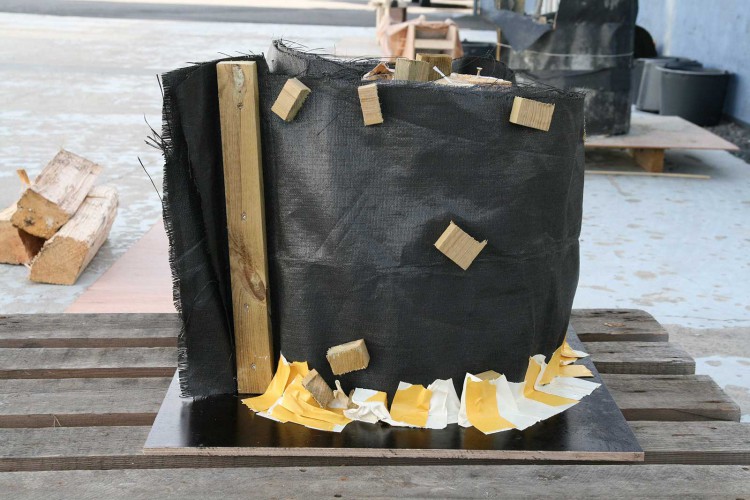 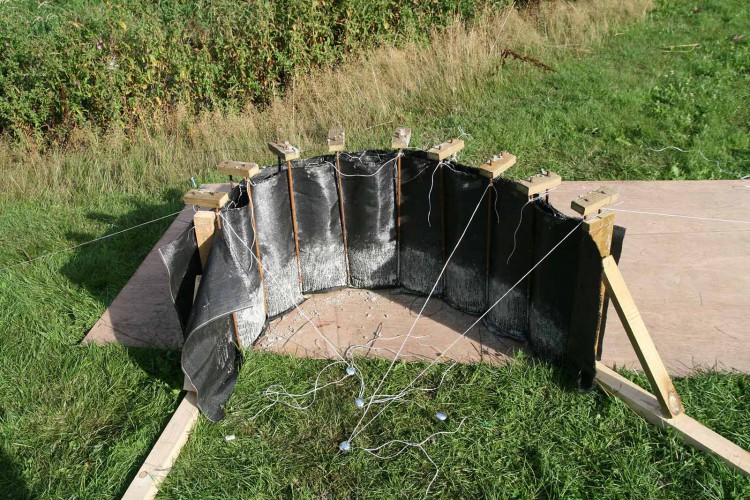 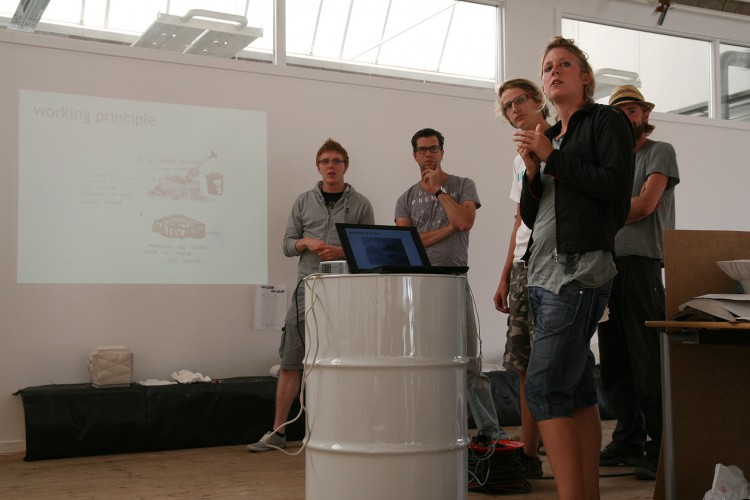 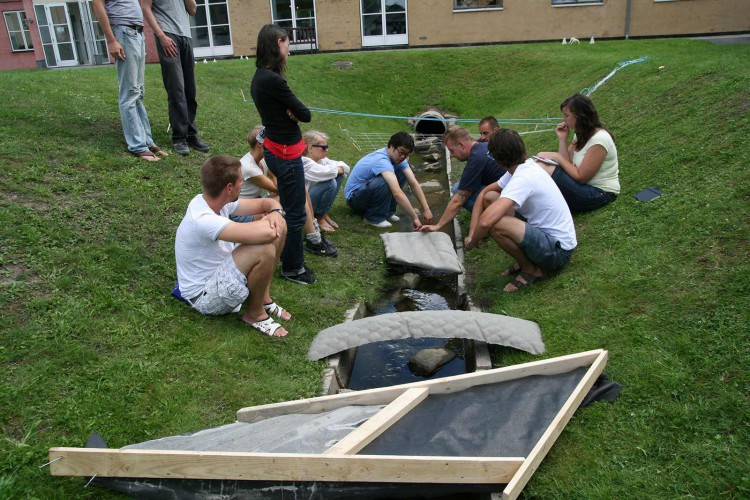 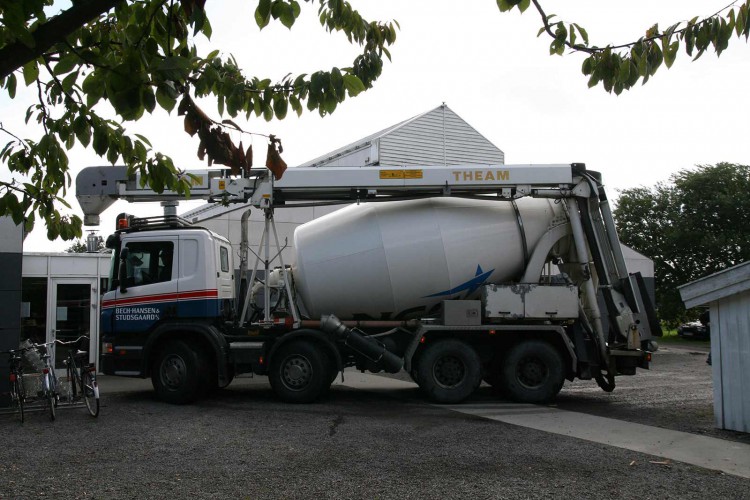 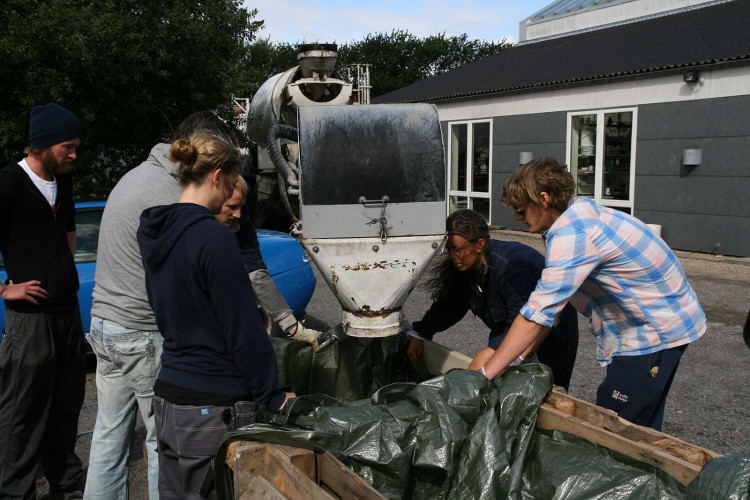 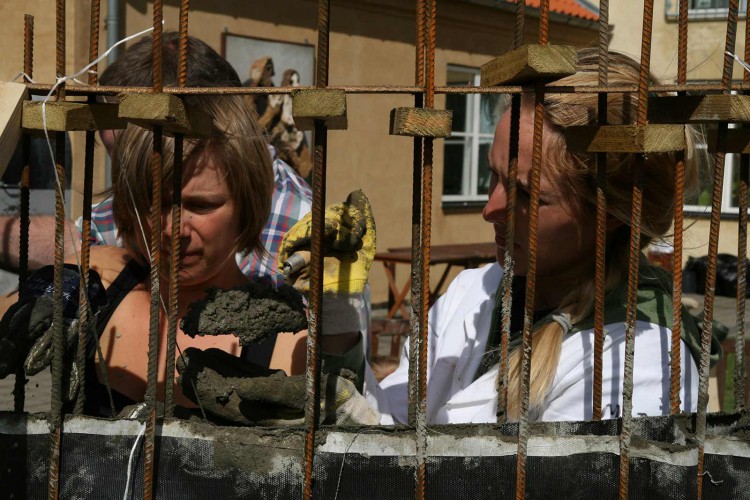 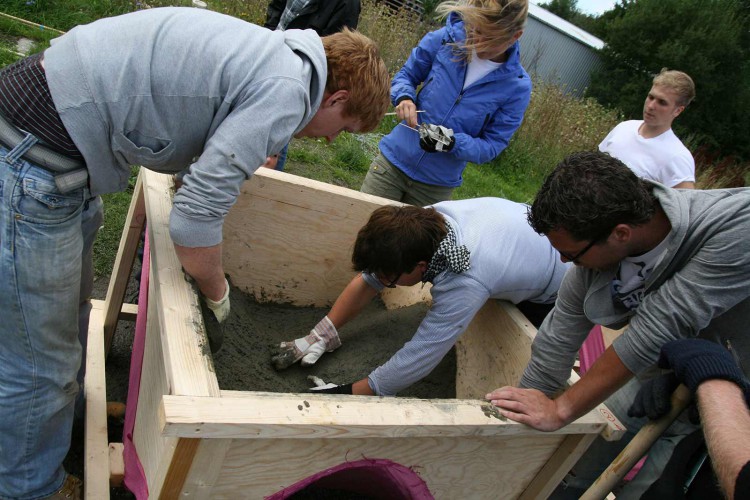 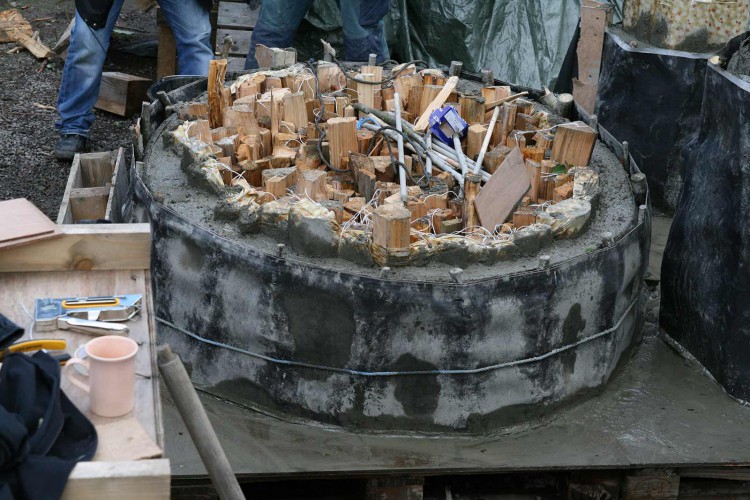 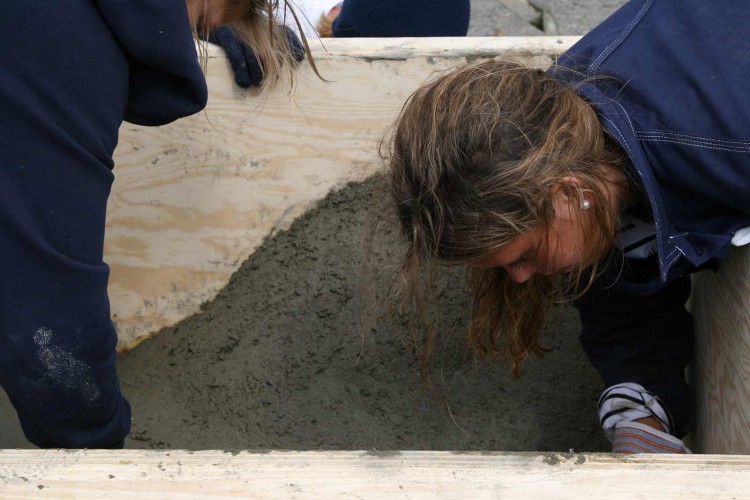 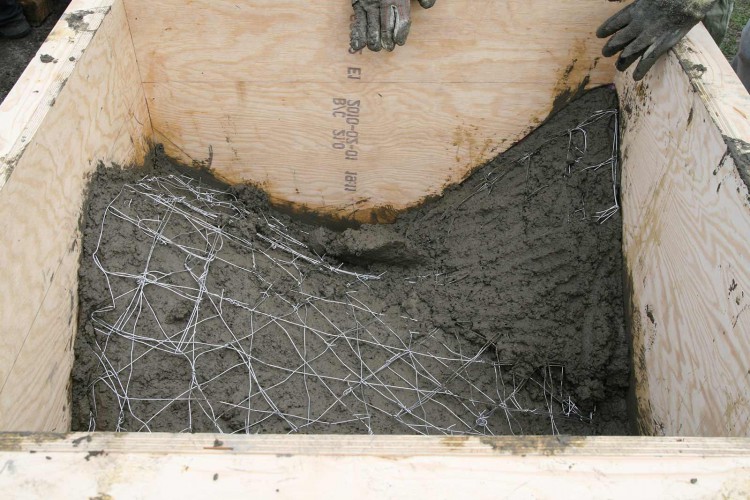 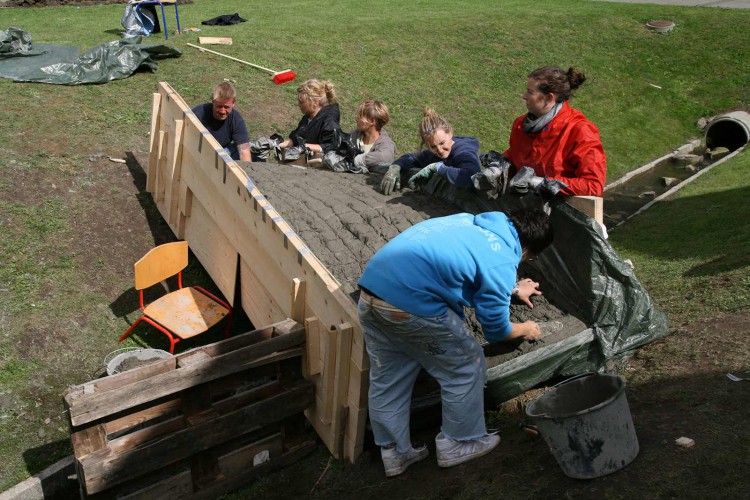 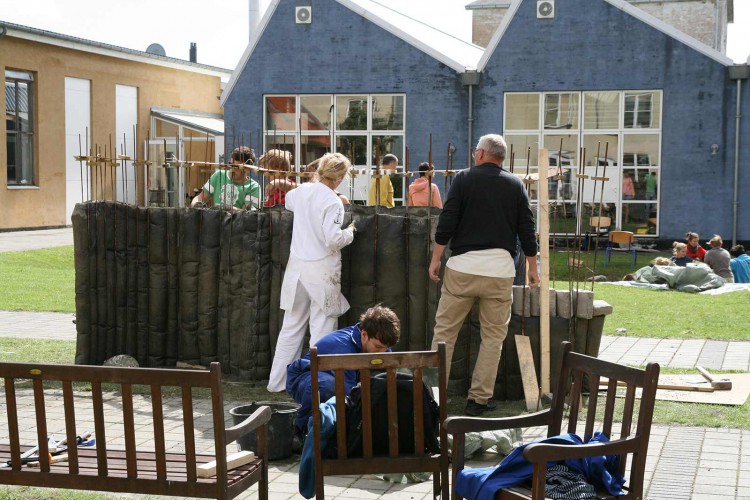 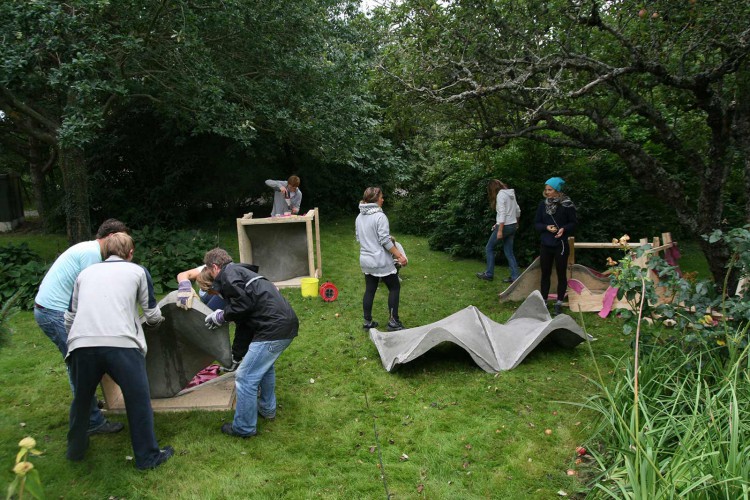 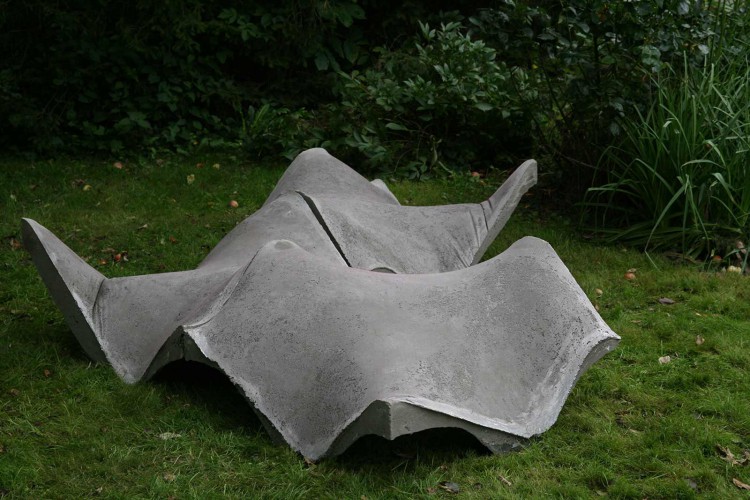 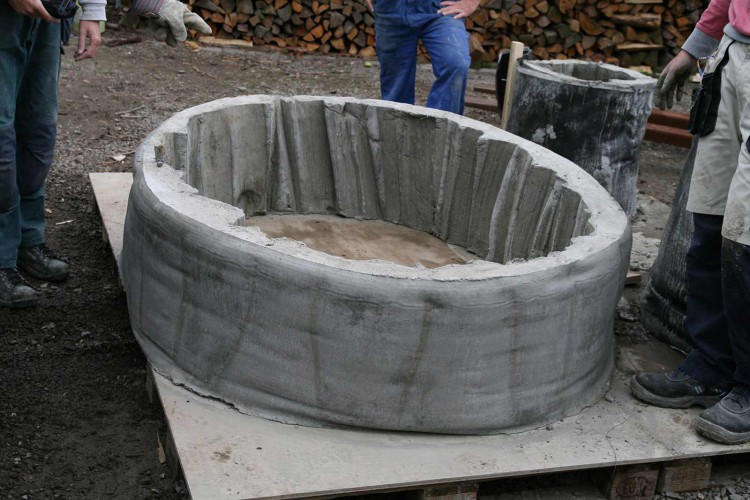 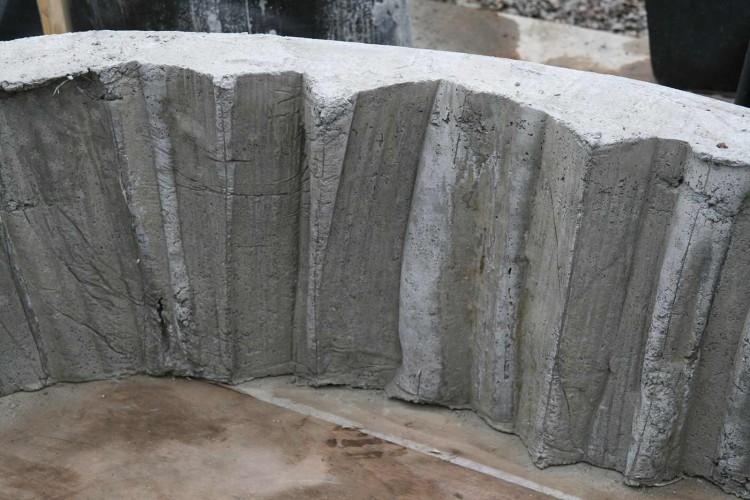 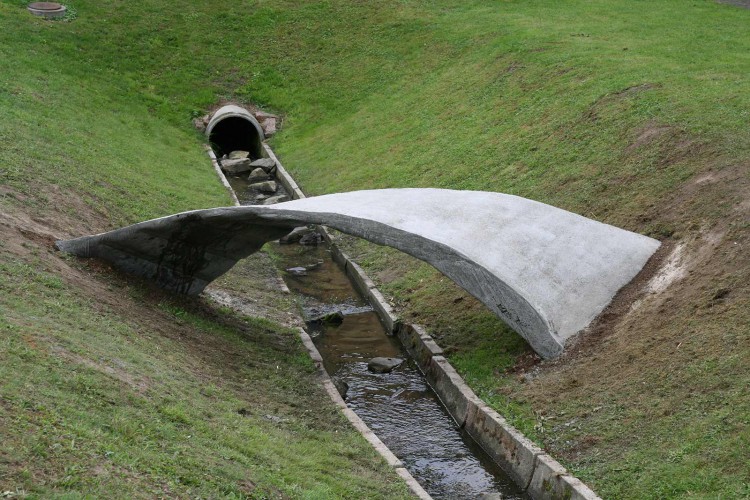 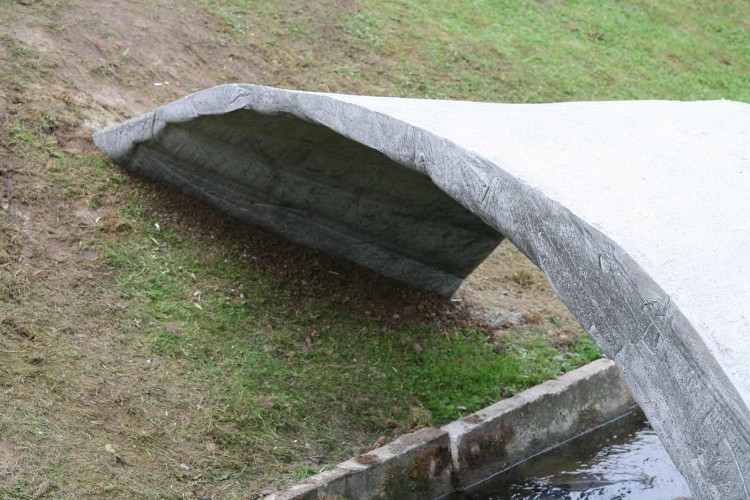 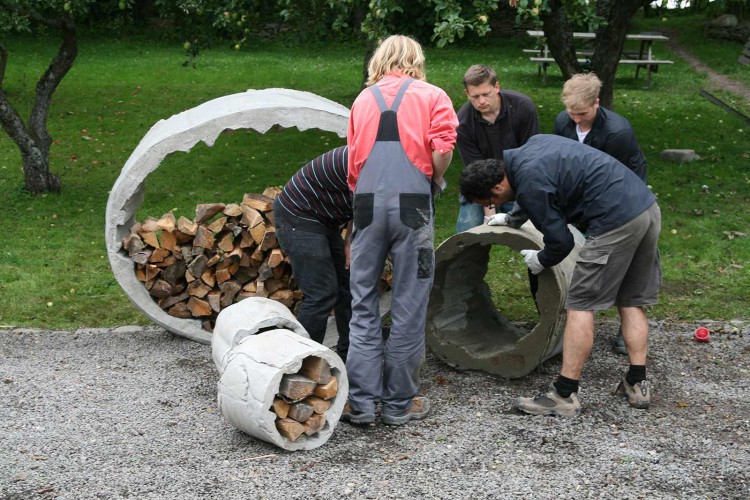 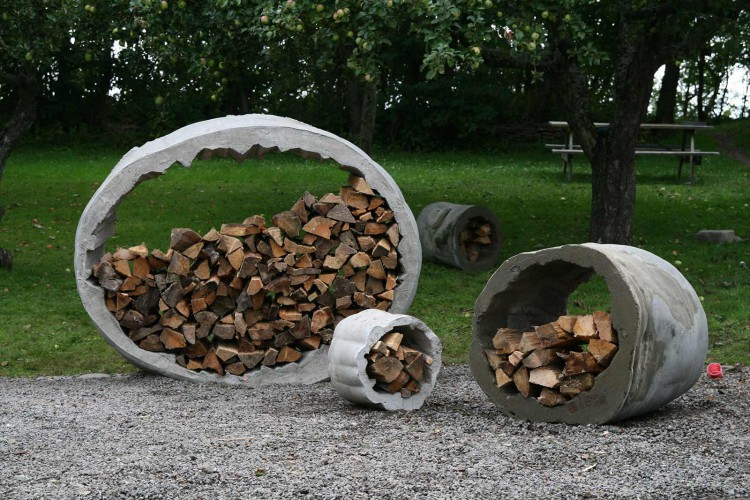 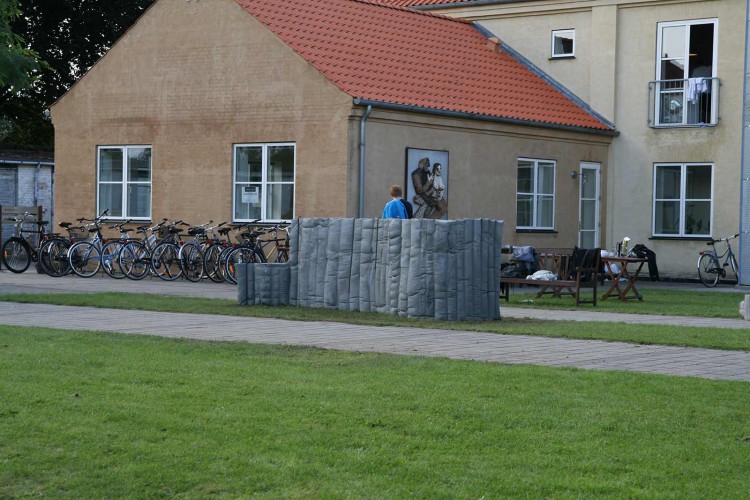 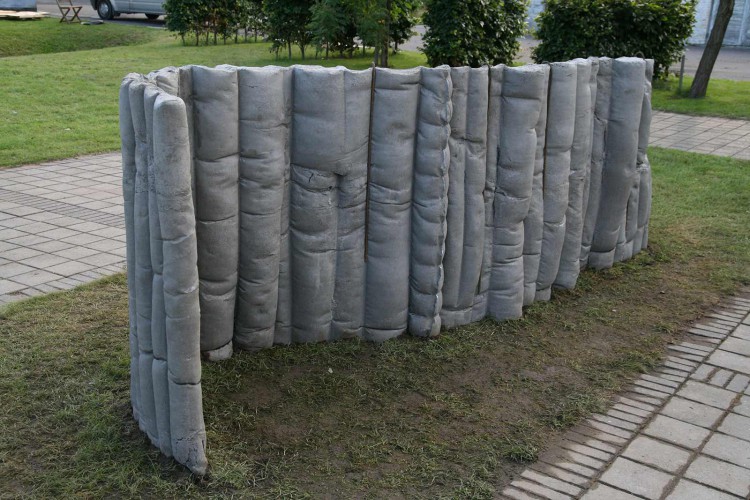 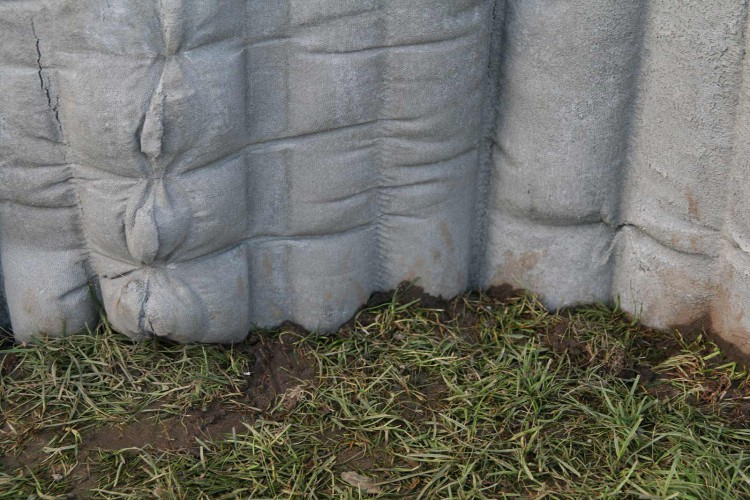