How heavy is a brick, how rough is it? What are the basic properties of a processed piece of clay, mixed with sand and further ingredients? These were the fundamental questions that 36 students and teachers from seven European Universities were engaged in for this 10-days-woprkshop in a brick factory in the Dutch countryside.

The three years of the “Building Anatomy” series had followed a “material path” that winded through a landscape of forgotten techniques and left marks all over Europe: Built within the few days of an Intensive program, a rope bridge in a Slovenia still allows hikers to pass a steep valley, a series of Catalan vaults still casts shadows for pupils on a schoolyard near Barcelona and a wooden longhouse on a Norwegian Island still shelters people’s belongings during winter and serves as a market stand in summer.

On the other hand, the past series of workshops of the Amsterdam Academy was strongly concerned with using one type of material to open up a broad range of sculptural and spatial possibilities through experimenting. The tectonics of used fruit crades, the architectural potential of a huge amount of thin wooden sticks or even the work in an abandoned greenhouse and on the beach – both prototypical environments in the manmade Dutch landscape – lead to unpredictable results that were based on a strong design-by-building attempt.

This year’s workshop merged these two lines and opened a new field of research where tectonic aspects in building were materialised in brick. To learn from bricks meant peeling off the skin of pretended knowledge about a well-known material. Reflecting while working allowed discovering the properties of the material and finding the according building technique in a process of repeated steps. Without using any tools or mortar a specific craftsmanship had to be built up. Gravity and adhesion only guaranteed the structures to hold. Reflecting about a material in such a direct and physical way not only stimulated an immediate learning process but also fuelled the stacking during a period of almost two weeks. At the very end of the workshop all bricks were stacked back onto the palettes where they had been assembled before, closing an intensive experience that blurred the line between Building and Architecture.

by Urs Meister
University of Liechtenstein, Institute of Architecture and Planning, Vaduz 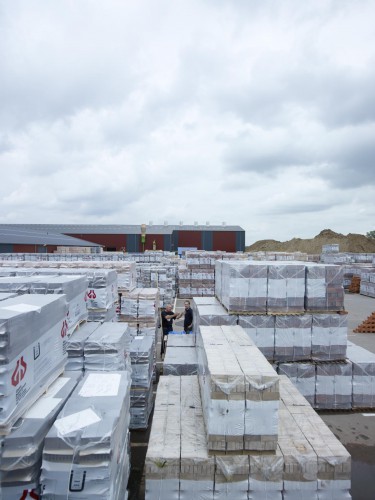 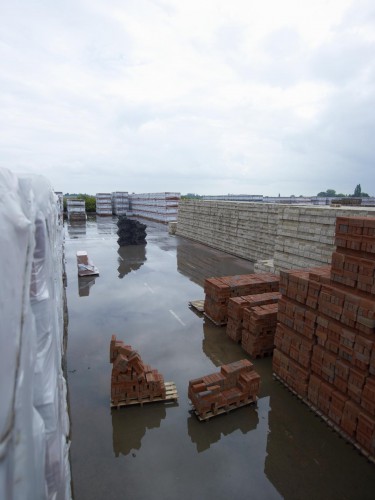 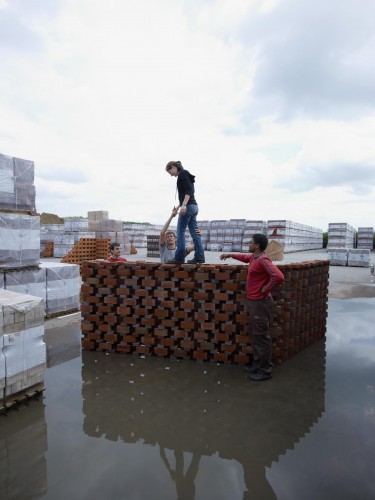 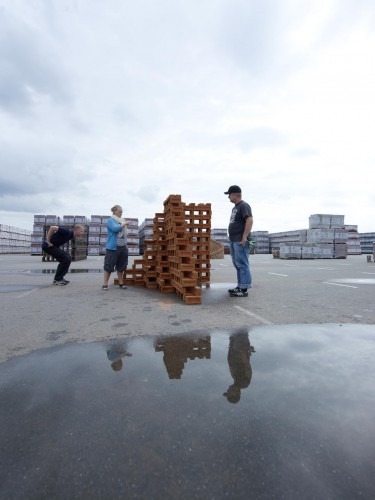 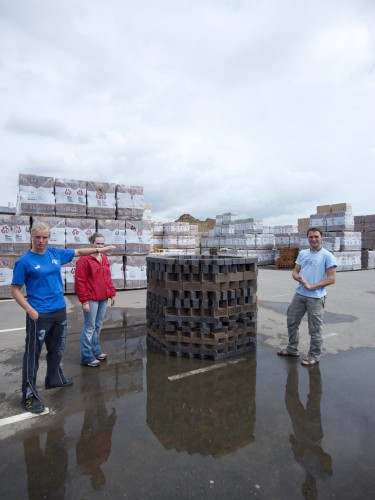 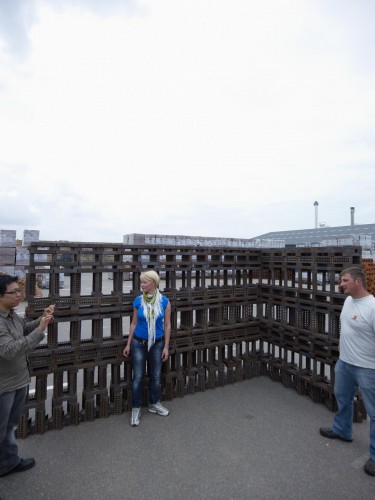 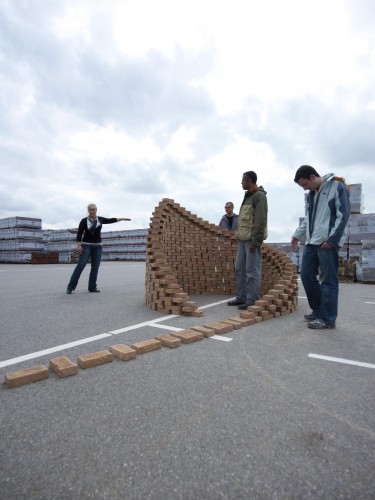 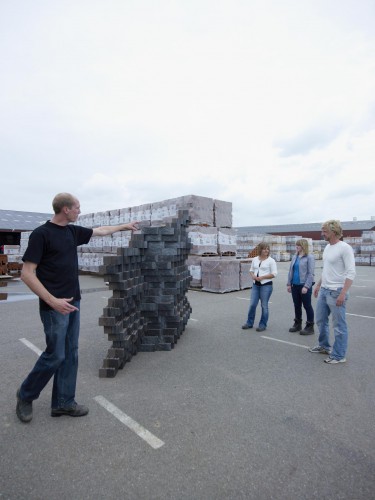 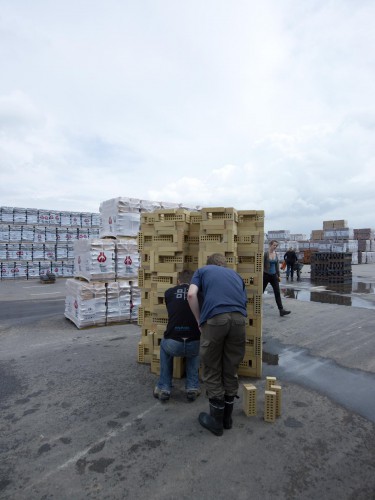 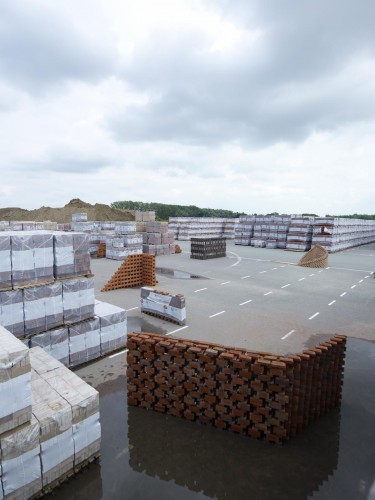 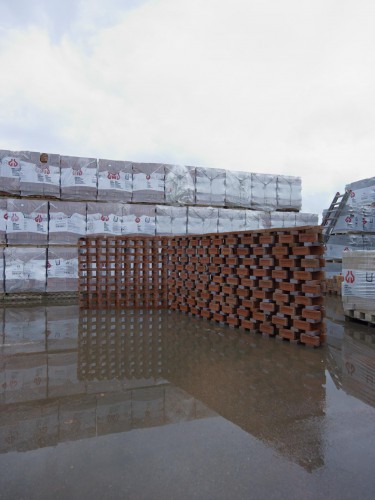 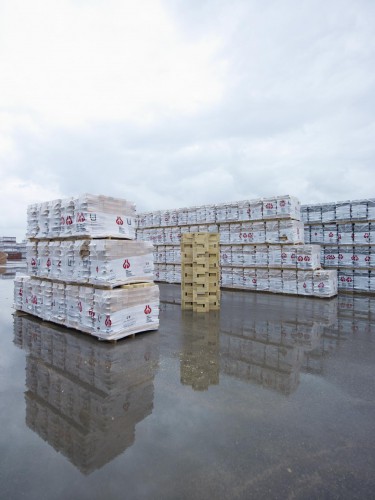 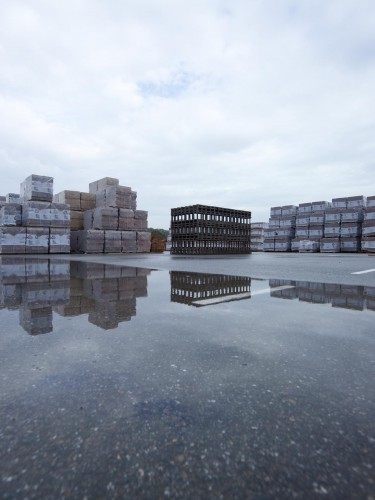 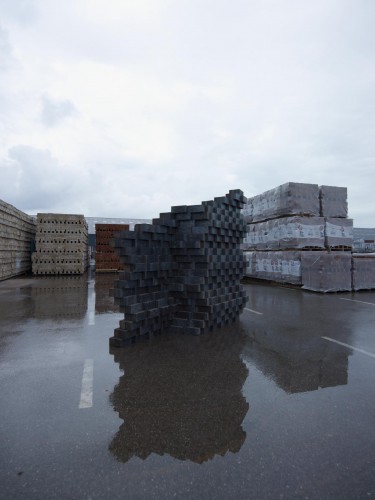 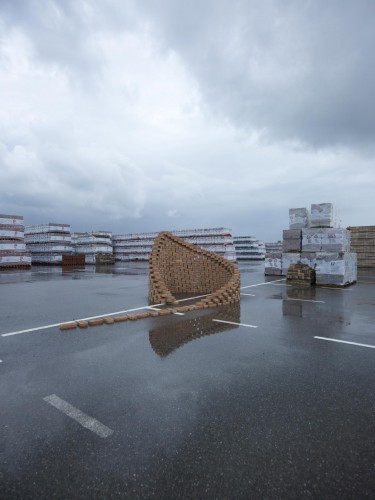 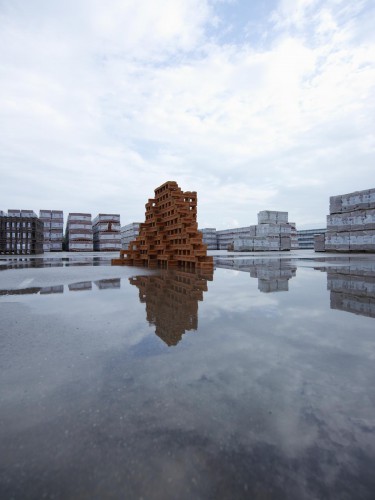 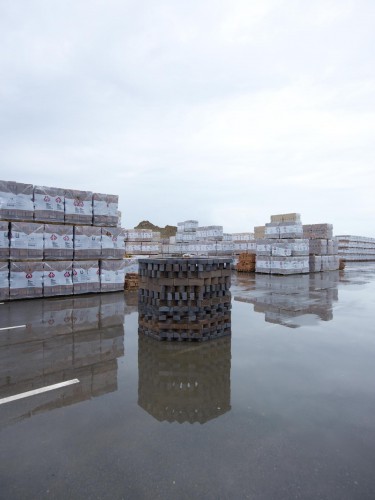 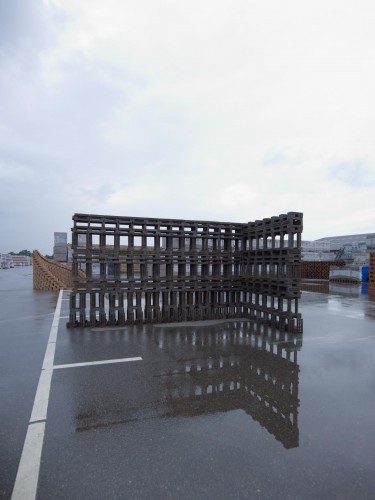 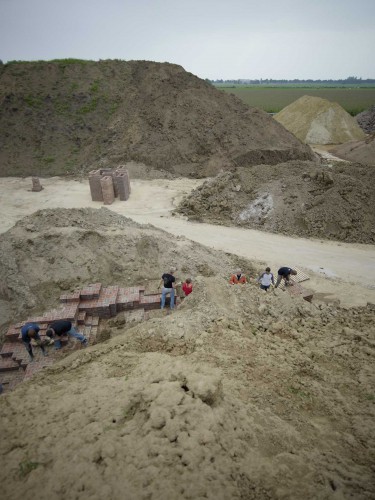 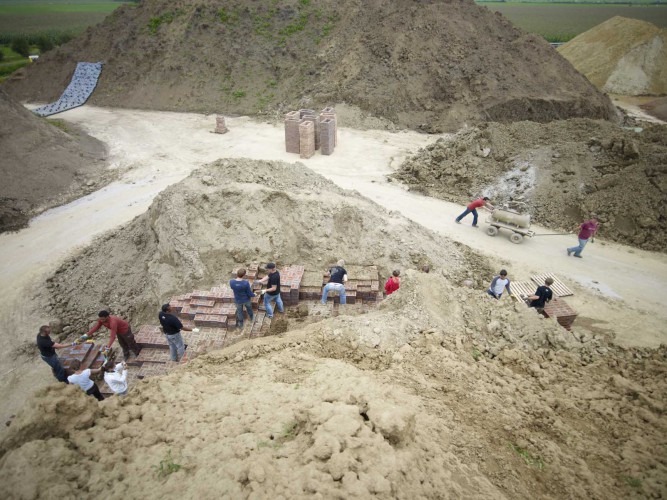 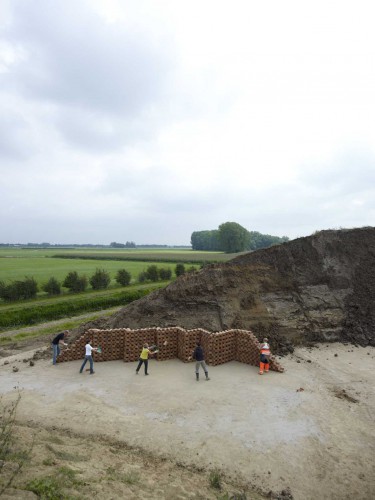 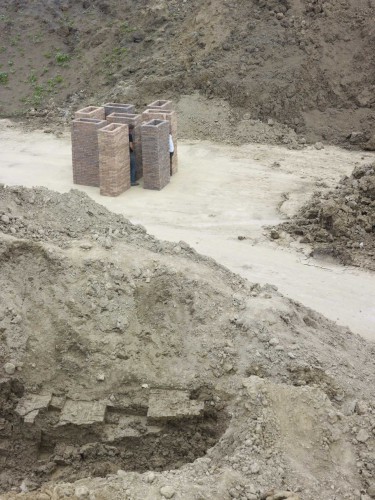 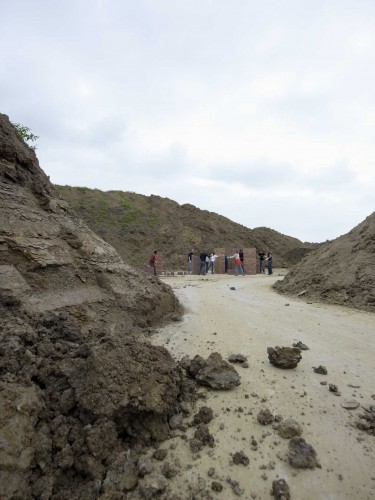 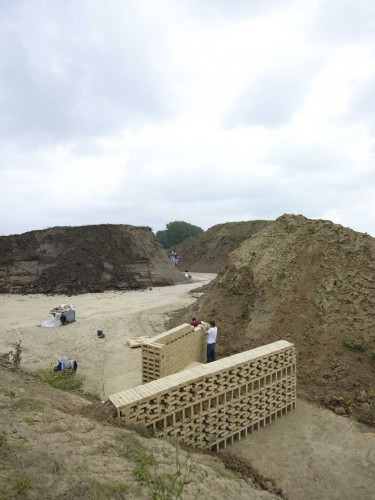 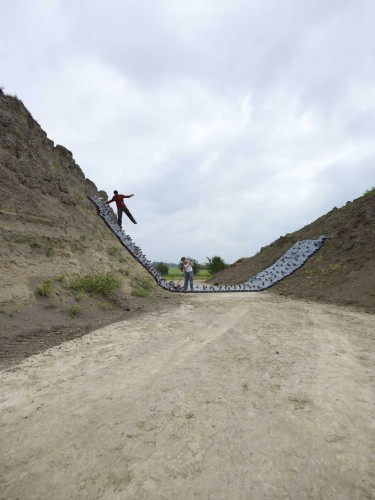 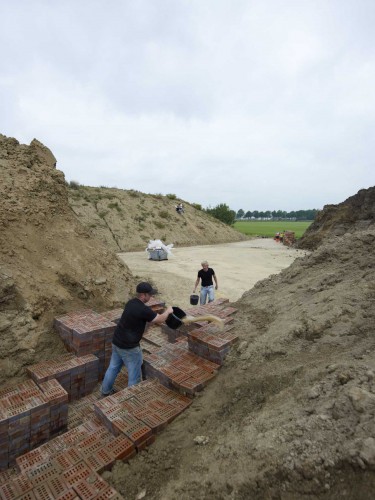 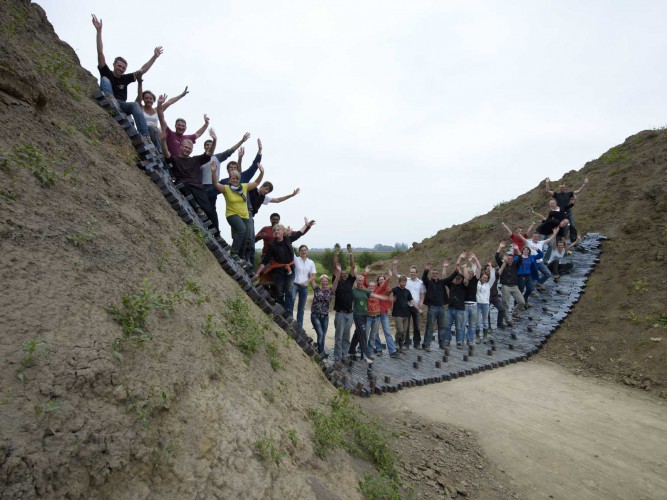